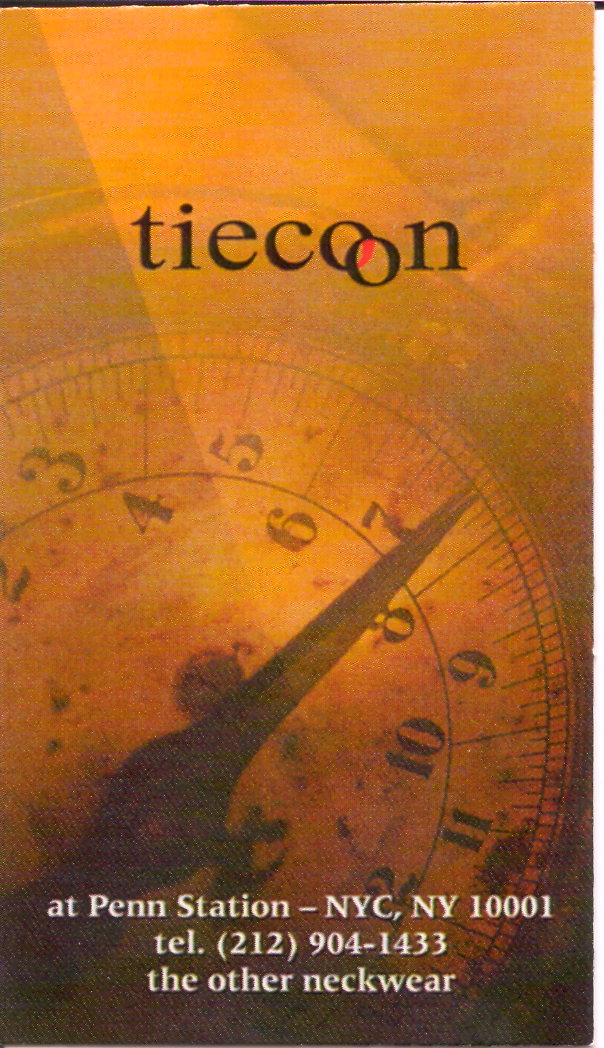 Heading to meetings in NY recently I realized I had left home without my belt and had two choices. Walk around all day clutching my pants to keep them up or find a place to buy a belt. I chose the second option when I stumbled across "tiecoon" at Penn Station. Hoping they sold belts (which they did fortunately) I walked in. Thirty minutes later I realized I had really discovered a new find!

From the initial impression I thought I was in one of those tie franchising businesses. Instead I walked into a unique business owned and operated by Mirko Majokbre and his wife. Mirko, a high level soccer playing father of two from Serbia, has developed a unique business model that meets his personal objectives which are job flexibility, having the opportunity to travel and the ability to spend time with their kids.

A few times a year Mirko and his wife travel to Europe to buy unique ties, sometimes coming home with one of a kind pieces. In his small shop (estimated 150 square feet) Mirko displays 4500 ties ranging in price from $20 to over $250. The selection of ties here is incredible. Mirko also claims to have one of the largest collection of cuff links in New York City.

When asked what the trend toward a more casual dress code for men was doing to his business Mirko claimed "not much." He very much believes that he is really selling art work rather than just the standard stripe and paisley ties. Some of the designs I saw were absolutely stunning.

Without advertising and relying solely on word of mouth and people finding his retail location Mirko has managed to attract a high profile clientele that includes Rudy Gulianni, members of the Kennedy clan and others of a similar ilk.

On the drawing board are plans to open addtional locations in other high traffic sites including Grand Central Station, the World Trade Center when it gets rebuilt and possibly Union Station in DC.

tiecoon is an anamoly these days. It doesn't sell over the Internet. Mirko believes that photographing and displaying his full inventory of over 4500 ties and dealing with frequent out of stock situations (because he only has a few of many of his unique designs) would be prohibitively expensive. His logic was hard to argue.

Assuming you travel to the city by train periodically, you should make certain to put a visit to tiecoon on your agenda. It is a great place to buy a special present for the special man/men in your life.

More in this category: « The Best (& Inexpensive) Kids Parties The Case for the Only Child »