Interview with Mary Dixon Lebeau, Author of “Secret Jersey Shore: A Guide to the Weird, Wonderful, and Obscure” 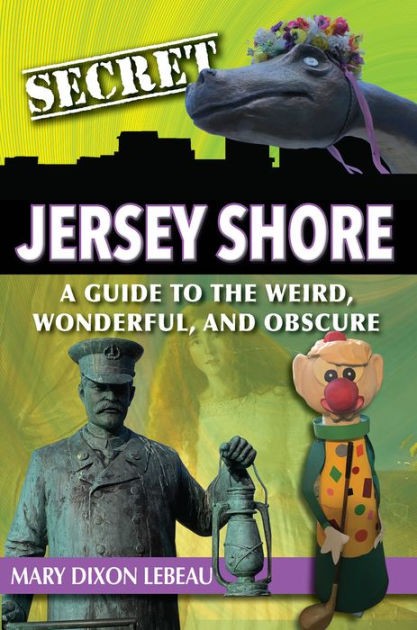 Mary Dixon Lebeau, a freelance writer and former reporter and newspaper columnist, is deeply connected with New Jersey's oceanside. The Jersey Shore is the place where her parents met and where she herself was raised. Her experiences, memories, and love for her childhood home has led Lebeau to share its unique and little-known wonders with others in her new book, Secret Jersey Shore: A Guide to the Weird, Wonderful, and Obscure. Lebeau published her book in June of 2022 and hopes to give readers a greater and deeper view of what the Jersey Shore has to offer, rather than just its infamous fairs and sandy beaches. The Garden State Woman Education Foundation spoke with Lebeau and learned about the process of writing her book, what she hopes readers will gain, and more.

What made you want to write about the Jersey Shore?

What was the process like for writing this book? Did you travel to places specifically for this book?

Are you most excited for native New Jersey residents or people from outside of the state to read your book?

Is there a specific part of the book you are most excited for readers to experience?

What is one thing you want your audience to take away from this book?

If you've ever been wanting to visit the Jersey Shore, or simply seek to learn more about this coastal region, then Lebeau's book is the perfect escape to New Jersey's oceanside! Secret Jersey Shore: A Guide to the Weird, Wonderful, and Obscure is available for purchase online and in stores.

Summer 2022 Events by Centenary Stage Company and ...
The Landscape of Life Post-Roe v. Wade with The Fe...