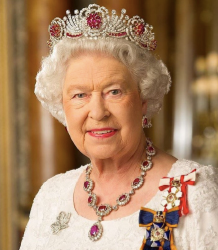 As I watched the Evening Prayer Service from St Paul's Cathedral, I was overcome with nostalgia. The announcement of the death of Queen Elizabeth II had echoed around the world. During her 70-year reign as leader of the British Commonwealth, she had dismantled many of the myths about women as leaders.

In addition to her royal duties, Elizabeth was a daughter, sister, wife, mother, mother-in-law, aunt, grandmother, great-grandmother, and animal lover, all roles she performed efficiently. Family drama including a husband and children who misbehaved were handled in a confident and caring way. Her issues were often like those encountered in everyday life by women.

Queen Elizabeth used clothing to enhance her image. Beautiful colors and fabrics were hallmarks as well as accessories – particularly hats that complimented her style. Preferring pearls, they were often part of her "look." The Queen used demeanor as effectively as she used words. Although a constitutional monarchy does not have overt political power, Queen Elizabeth possessed the power to set an example of behavior which showed restraint, conviction, consideration, and kindness. The respect she garnered worldwide was due in large measure to her commitment to a life centered on preserving the Commonwealth.

My nostalgia was rooted in personal memories from living in England from August 7, 1961, to February 1963. Newly married, Jack and I lived in London and Borehamwood. We both worked and immersed ourselves in the lifestyle of going to a pub, using the Underground, and shopping at Sainsburys as well as the butcher shop, bakery, and greengrocer.

Weekends often meant the opportunity to enjoy the sport of kings (and queens). Race meets in the U.K. occur throughout the country. They often are of short duration and much less commercialized than racing here. The whole atmosphere is more like a sporting event. Tote machines had arrived, but the Bookmaker was much more fun.

I remember vividly one Saturday when we were at Royal Ascot Downs. The Queen had a horse entered and she was in attendance. We watched her freely stroll around Ascot. No security in evidence. No one infringed upon her space. In fact, people moved to let her pass unobstructed. The obvious show of respect for her was impressive. The horse did not win.

When I think of the queen, I think of jewels. Several stories have surfaced about her engagement ring. Supposedly, her intended, Prince Philip, had the ring made from jewels in one of his mother's tiaras. A rough cut 3 karat diamond with an inset of jewels was created, along with a special wedding gift of jewelry.A total of 11 diamonds were used in the ring made from a nugget of Welsh gold. On the website of the U.K. jeweler (https://crisscut.stevenstone.co.uk/royals/queen-elizabeths-12-most-iconic-jewellery-moments/) there are detailed descriptions of many of her jewels.

Queen Elizabeth II understood the power of words. As a teenager, during WWII she addressed the public as she often did during her 70-year reign. Perhaps one of the most insightful thoughts attributed to her is "Grief is the price of love."