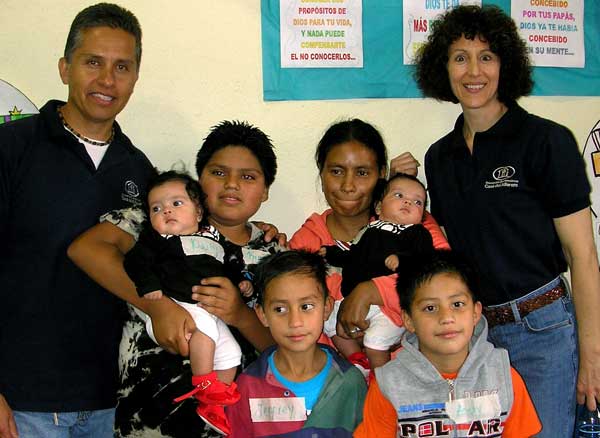 If you had asked Mendham resident, Marilyn Monasterio what the next couple of years had in store for her back in 2006, living a year in Guatemala City would not have been on the list.

In fact, the idea of moving to Guatemala was so far-fetched that when her husband returned from a week of building houses in the Guatemala City dump and said to her “I think we should sell the house and move to Guatemala and be missionaries”, all she could say was, “no, that doesn’t sound like a good idea.”

However, with such a passionate and persistent husband as Antonio, the conversation could not have been left there. A little bit of compromise brought them together on a plane to Guatemala City for a week in July 2007 alongside Mendham Hills Community Church (MHCC). Once they landed, the group met up with an organization that MHCC partners with called Potter’s House.

Potter’s House is a non-profit organization that aids in empowering the Guatemala City Dump community. They run five different programs (personal development, education, health, micro-enterprise and community support), but only have about 45 employees. With so much ambition and so little manpower, it is no wonder that during this visit Marilyn began to see the need Antonio saw a year earlier.

One particular lunch conversation continues to stick out in Marilyn’s mind as a turning point, “As we were sitting eating lunch one day Gladys (the founder of Potter’s House) turned to us and said, ‘you know, what we really need is a couple to come down and help us with the groups that come’”.

Not only had doors started opening in Guatemala, doors started closing in New Jersey, recalls Marilyn, “within a couple weeks of getting back from Guatemala, CIT stopped doing mortgages. Two systems that I tested shut down. People all around me were getting laid off… that’s when I thought ‘okay, I will consider this’.

In time, Marilyn’s consideration turned into a yes with one condition: that they would move back in May of 2009 to once again provide a home for her daughter, Jessie, after her graduation from college.

Antonio consented and the months before May were marked with utter chaos. Their house was packed up, all their belongings were brought to storage, they wrote letters to family and friends to ask for support, and spoke in front of the church. Marilyn quit her job, Antonio left his construction business. They rented out their house for a year, and boarded another plane bound for Guatemala City. All they brought was money and clothes.

Once settled into the apartment that was to be their home for the next year, Potter’s House put them to good use. Antonio helped build 12x12 cement houses for people in need and organized the teams that came to Potter’s House from different churches. Marilyn, on the other hand, went to work in the office helping to upgrade the database Potter’s House uses to track all donations. 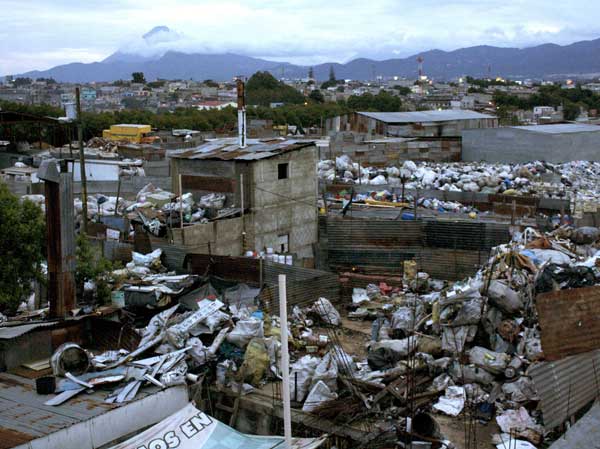 The project she undertook was very similar to ones she did at the company she worked for in Livingston, but the thanks she received was far greater: “They were so thankful, I heard them say on a daily basis ‘this is an answer to prayer to have you here’”. And although both Marilyn and Antonio were doing work that was reminiscent of their jobs at home, their priorities seemed to have changed since their time in New Jersey. When in Guatemala, they did not think about the clothes they wore, the car they drove or how nice their house was in comparison. The focus was on investing in relationships and helping other people. Some of their fondest memories involve simply taking a local family out to dinner.

May 2009 brought goodbyes and long awaited hellos, but it could not shake the new way in which they viewed the world. Despite her initial hesitancy, Marilyn did not leave unchanged. The sights of people living in a dump, the smell of the garbage and the friendships that she made will never leave her. A simple trip to a clothing store brings it all back: “We live in such a wealthy area, and our focus so often can be on what we have and our money and getting the next thing. It’s lost a lot of importance for me… every time I spend money on things I think about what these people have. ‘Do I really need to spend that much money on a shirt? Can’t I find an adequate shirt that’s less money.’”

Marilyn won’t ever understand why people have to live in conditions so horrible, but she now understands how she can make an impact with the skills she has. Every morning when she logs into the database to make sure everything is running properly, she is reminded of the year she spent changing a Guatemalan dump community and allowing the community to change her.

Want to get involved?

Potter’s House is always in need of funding for their five programs. If you’d like to make a donation, you can do that through their website: http://www.pottershouse.org.gt/. If you want to experience the city firsthand- get a group of people together and contact Marilyn at This email address is being protected from spambots. You need JavaScript enabled to view it. to make arrangements. A group consists of about 6-8 people and can make a huge difference in the community through building a house, helping the kids with their homework or even just teaching them how to play baseball. Potter’s House is also always looking for people who can speak Spanish to teach English to the kids and adults of the dump community. No contribution is too small and anything you can offer will be received with thankful hearts.