An Inside Look at a Famous Military Scandal 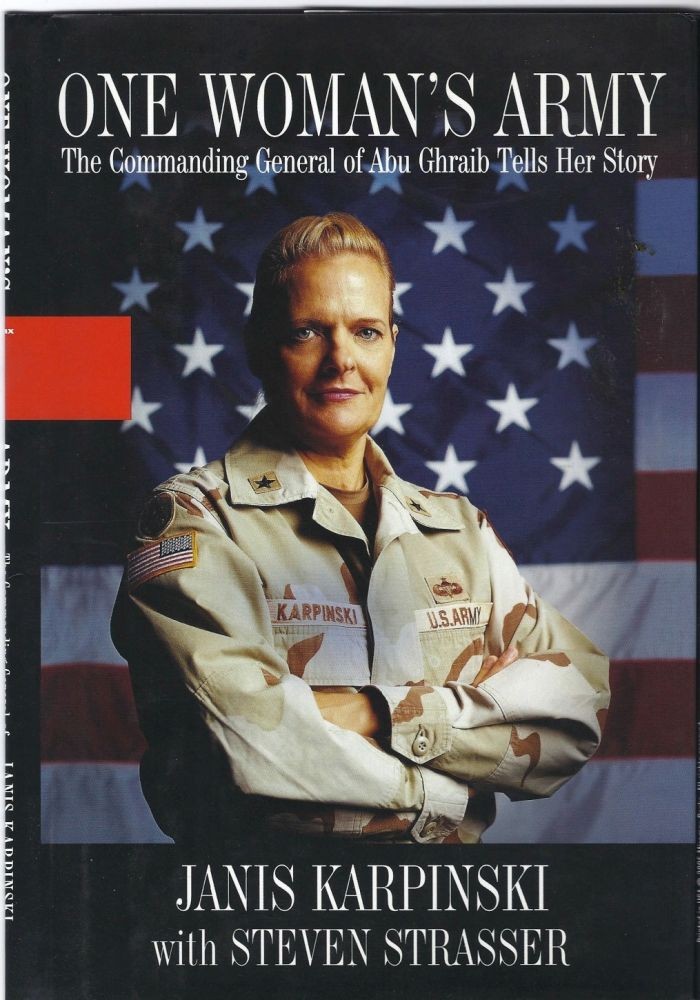 You may have heard about the photographs of American soldiers abusing Iraqi prisoners of war in Abu Ghraib that emerged in 2004. When the photographs were brought to surface, there was a whirlwind of interviews with words twisted, propaganda, allegations, and pointed fingers—pointed at Janis Karpinski, the commanding General of Abu Ghraib at the time the photos were taken.

In Janis Karpinski's book, One Woman's Army: The Commanding General of Abu Ghraib Tells Her Story, she doesn't hold back. Right in the first chapter, she lays it all out, giving her side of the story and how she came to be used as a scapegoat. Not only does she give the reader an honest look at what went on in Abu Ghraib, but she pulls the reader in to what it was like being a female in a male-dominated military: the stereotypes, the harassment, and how she preserved her femininity.

Despite these adversities she rises through the ranks and serves as a model for all ambitious women pursuing that career. She describes her time in the Middle East as well, where she established a women's military force and passionately trained the women of the United Arab Emirates to defend their homeland. Learning the hardships of these women and the sexism they face every day is astounding.

Although the United States is much further along with women's rights than the Middle East, Janis Karpinki's book makes it clear that we still have a ways to go. There is still a very prominent stigma of women in the military, and her story definitely brings that to the forefront.

I was fortunately able to hear Janis Karpinski speak at a New Jersey Association of Women Business Owners (NJAWBO) event. She held herself with the confidence of a woman who has been through it all and I will never forget it.

Janis Karpinski was born in Rahway, New Jersey to a middle-class family. She attended Kean College, and afterwards married her college sweetheart George Karpinski. At the time, women were certainly nowhere near as welcome in the army as they are now, and so she continued to teach at a local high school. Several years later, she had an opportunity to join the regular Army and pursue her dream of traveling the world. She has served more than 25 years in the U.S Army and Army Reserve, and received the Bronze Star Medal.

She has come back to New Jersey and whenever the opportunities arise, she speaks to groups and universities about her experiences. She pointed out to me that the issues she speaks about are even more relevant today than they first were when she first started. She said, "Our government is much like a train out of control and if we don't keep discussing the issues and crafting solutions, we will go right off the cliff".

One Woman's Army: The Commanding General of Abu Ghraib Tells Her Story by Janis Karpinski is available for purchase on Amazon for $19.61. This is definitely an eye-opening must-read.

Woodrow Wilson New Jersey Teaching Fellowship at W...
How to Apply for the Scholarship (2015)