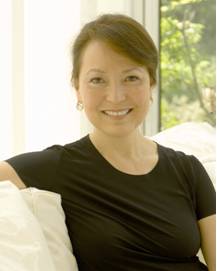 Angelica Berrie is awesome. Petite in stature, she projects a giant intellect. New Jersey resident Angelica Berrie is smart, passionate and compassionate. In her early 50’s she heads two successful companies while leading a very major, high-impact foundation started by her husband, Russ Berrie who passed away on Christmas day, 2002. The Russell Berrie Foundation, with assets above $200 million, was started by her husband in 1985 with a philosophy based on entrepreneurial, creative, transformational giving. As if that is not enough to keep her busy, Angelica has her own Angelica Berrie Foundation with its own ambitious goals and plans.

Angelica was born and raised as a catholic in the Philippines. Her journey from the Philippines to New Jersey is one of accomplishments. Leaving the rural area where she grew up, she went to Manila for an education. It was there that she met her future husband. Russ who was on a buying trip for his Russ Berrie company, a publicly traded NY Stock Exchange global gift company, he had started from scratch.

In the Philippines Angelica, one of 6 children, had been a marketing executive with a leading global marketing firm as well as heading a paper Mache exporting company. She has always had a passion for elegant paper products.

Settling in the States and married to Russ, Angelica became involved in the management of his company and the Russell Berrie Foundation that he established in 1985. She remained heavily involved in both organizations well past Russ’ passing from a diabetes-related heart attack until the company was eventually sold. She continues concentrating on heading the Russell Berrie Foundation while pursuing some of her other areas of interest.

Under Russ’ and Angelica’s joint leadership and for the past 8 years exclusively under Angelica’s stewardship the Russell Berrie Foundation has been having a global impact as well as making major contributions to life in New Jersey. For details about the Foundation’s mission, vision and activities visit www.russellberriefoundation.org.

In summary, the Foundation has some key focus areas which include: finding solutions and better treatments for diabetes, community giving, Jewish Renaissance and support for the growth of selling as a worthy career every bit as important and prestigious as being a lawyer or doctor.

One of Russ’s ambitions was to live long enough to have Italian and Jewish mom’s refer to their sons as “my son the salesman.” To this end Russ, a consummate salesperson, and Angelica put real teeth into this vision by providing the funding to create and develop the Russ Berrie Institute for Professional Sales at New Jersey’s William Paterson University. This is the only academic Sales degree program of its kind in the world. Fifty percent of the students are women! Unbelievably Russ had to approach several universities, including some of the Ivies, before finding William Paterson University where the need for education re: professional selling was recognized and embraced.

A diabetic himself, Russ and Angelica used (and continues to use) their Foundation’s resources to fund and support major diabetes’s related research and education at the Naomi Berrie ( Russ’s mother) Diabetes Center at Columbia University. As part of the Center’s work the Foundation is helping to fund cellular therapy research that one day may lead to a cure for diabetes.

In their community Russ and Angelica, through the Foundation, have provided leadership and funding for the Bergen Performing Arts Center, a performing arts facility at Ramapo College, the Russ Berrie Home for Jewish Living in Rockleigh and facilities and programs at both Englewood and Holy Name Hospitals. Annually, in partnership with Ramapo College, the Foundation honors exceptional New Jersey men and women who have made a difference in the lives of others through their Russ Berrie Award for Making a Difference. Past recipients are an amazing group of people in their own right.

Know Your Number Before A Divorce
Walking Among the Albatross