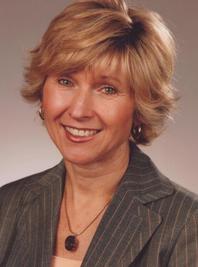 Beatrice Daggett has been named the Executive Director of the Citizens' Campaign, and its Jersey Call to Service, a statewide movement to replace our culture of self-interest and government waste with a culture of service and savings.

As Executive Director, Bea will oversee a $1 million annual budget, a 10 person staff, and a volunteer leadership corps of nearly 300 experienced governmental and political leaders, 5,000 graduates of the Citizens' Campaign's leadership training program and the more than 1,000 who have engaged in political and governmental leadership roles.

"The Jersey Call to Service is vital to the future of our State," Bea said. "I am honored to have been chosen to lead the Citizens' Campaign in its goal to cultivate a generation of new leaders for New Jersey government and politics, committed to unselfish, constructive action beyond the ballot."

Over the past 25 years, Bea has supervised state and national public relations campaigns. As a Public Relations executive and consultant, Bea supervised and managed accounts and developed new business opportunities for numerous Fortune 500 companies, such as AT&T and Lucent as well as major state departments such as the Department of Transportation, New Jersey Lottery, and the NJ Division of Travel and Tourism.

Beyond her professional and political experience, Bea has served as a devoted public servant, volunteering much of her time to various community and civic organizations. She was first appointed and then elected three times to the Bernards Township Board of Education. She founded the Bernards Education Foundation and spearheaded the Citizens for Better Education campaign. She is currently a trustee at Bonnie Brae, Bernards Area Scholarship and the Millicent Fenwick Fund.

The Citizens' Campaign is a volunteer, non-partisan organization which provides a platform of educational tools and training to give citizens, with limited time, the power to end the blame game and have real influence in tackling today's tough problems. The Citizens' Campaign offers free training and coaches so that people have the power to participate in the leadership of our government and political parties.

Innovative Surgery For Women's Cancers
When Planning Won't Cut It