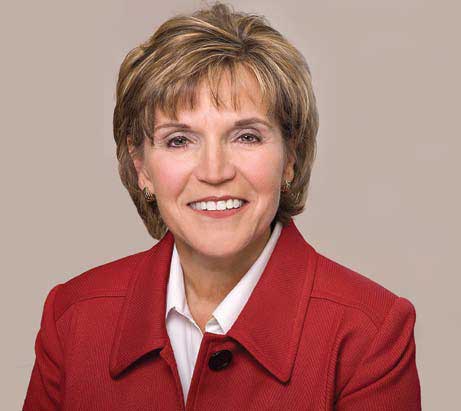 The Garden State Woman Education Foundation selected Deborah K. Zastocki, DNP, RN, President and CEO of Chilton Memorial Hospital, as the 2008 leader in the health-care field. Recognizing her dedication to the community, she received the “Gets It” award for 2008. Selected from a record number of nominees, the foundation committee members recognized her important role in health education for women and their families. She was honored at the 4th Annual Awards luncheon in January 2009 at the Park Avenue Club.

A character trait that many women bring to the leadership table is inclusiveness. Their view of the world is often one of fostering harmony rather than encouraging divisiveness. This point of view can facilitate a spirit of cooperation that enables a group to look for results and to focus on the big picture rather than individual needs and wants.

Taking care of others is instinctive for Deborah. “I think I am hard-wired to be concerned for others” stated Ms Zastocki. “As a child, I recall being protective of a fellow student who was blind. My natural reaction was to try to make sure she was involved in everything. Even my teachers noticed this and commented on it frequently.”

Growing up in the small borough of Millstone, New Jersey, Ms Zastocki was accepted to the University of Rhode Island where she graduated a semester ahead of her class with Highest Distinction and a Bachelor of Science in Nursing. She continued her formal education at Teachers College, Columbia University in New York, achieving a Master of Arts in Nursing Education and a Master of Education in Community Health. In 2008 she graduated as the Doctoral student of Excellence with a Doctor of Nursing Practice (DNP) from the University of Medicine and Dentistry of New Jersey (UMDNJ) School of Nursing in Newark, NJ. She is also a certified health-care executive, was inducted as a Fellow of the American College of Healthcare Executives (FACHE), and is certified in Nursing Administration, Advanced – CNAA.

Among her published works in professional journals are articles; A Toolbox for Managing in Turbulent Environments; her co-authored two books: Home Care: Patient and Family Instructions and Home Care: A Technical Manual for the Professional Nurse.

“As CEO of Chilton Memorial Hospital, it is my job to create an environment that allows everyone to be the best that he/she can be. For today’s executives the challenge is to create a team mindset from a diverse group of people. There are different work orientations that come into play based on an individual’s generation. For example, pre baby boomers, baby boomers, and post baby boomers all have their own approaches to their jobs with their own unique mindset. Simply stated, pre baby boomers come to work, expect to follow authority’s directions, and tackle the job; Baby boomers are more inclined to expect the decision making process to be inclusive; they expect to be consulted before they are assigned a task. The post boomers are least trusting of institutions and likely to assume that they understand the task and move forward, sometimes without seeking direction.” It goes without saying that recruiting talent that demonstrates strong leadership traits, as well as a work ethic that pursues excellence, is critical to patient care. These traits are equally important at the board level and the Medical Staff.

Helping Out In Eagle Alaska
Celebrate with Service