"From Girl to Leader": A Celebration of Women's Equality Day 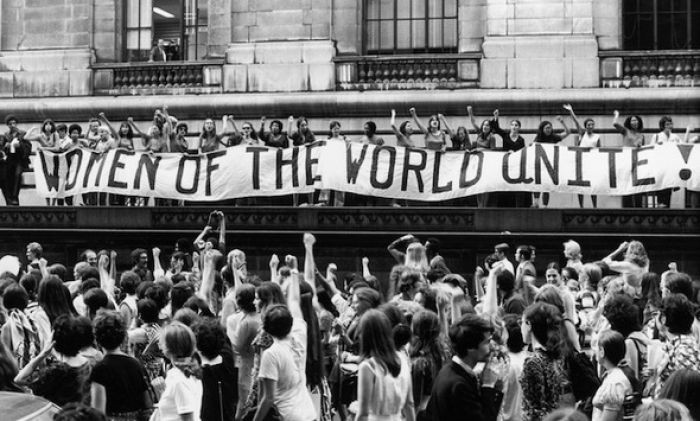 (August 13, 2014; Bergen County, New Jersey)--The League of Women Voters of Northern Valley (LWVNV) presents "From Girl to Leader": A Celebration of Women's Equality Day on Tuesday, August 26, marking the 94th anniversary of the 19th amendment to the United States Constitution granting women the right to vote. The program is open to the public and begins at 5:30 p.m. at Bergen Community College, Technology Building, located at 400 Paramus Road in Paramus, New Jersey. Parking is available in Lot B.

The event is presented by the LWVNV and co-sponsored by the Women's Institute at Bergen Community College, YWCA Bergen County, Women's Rights Information Center, Bergen County Commission on the Status of Women, Girl Scouts of Northern New Jersey, UniteWomen.org and UniteWomenNJ.

Girls of grammar school age and young women of high school or college age will have the opportunity to meet with women leaders in Bergen County. Senator Loretta Weinberg's Office will present a resolution declaring August 26 Women's Equality Day in New Jersey, given the state's connection to the successful passage of the 19th Amendment, granting women the right to vote.

Lucy Beard, Executive Director of the Alice Paul Institute (API) in Mount Laurel, New Jersey, will show a brief video about New Jersey's Alice Stokes Paul, who led the final, successful fight for suffrage, ending with the passage of the 19th Amendment. Paul also wrote the Equal Rights Amendment (ERA) in 1923, in an attempt to ensure women had not only one right: the right to vote, but all rights guaranteed by the Constitution. The API educates the public about the life and work of Alice Stokes Paul (1885-1977), and offers heritage and girls' leadership development programs at Paulsdale, the home of suffragette Alice Paul, a National Historic Landmark.

Liz Abzug, Executive Director of the Bella Abzug Leadership Institute (BALI) and daughter of late New York Congresswoman Bella Abzug, will also speak about the organization's work. In 1971, Congresswoman Abzug designated August 26 as Women's Equality Day in honor of all women endured to obtain voting rights, to take a look at progress toward passage of the ERA, to examine progress regarding equal pay for women and in honor of a nationwide demonstration by women in 1970 calling attention to the need for equal rights for women. Each year since Congresswoman Abzug requested Congress for an annual acknowledgement of the passage of the 19th Amendment, the President of the United States reads a proclamation on August 26, declaring it Women's Equality Day in the country.
The Bella Abzug Leadership Institute utilizes the signature leadership skills of the late New York Congresswoman Bella Abzug (1920-1998) to mentor and train high school and college age women in the development of confidence and skills needed to become effective, dynamic and visionary leaders as well as active and creative participants in civic, political, corporate and community life.

To register for the event, visit https://www.eventbrite.com/e/from-girl-to-leader-a-celebration-of-womens-equality-day-tickets-12448306219. For further information about the event, call 201-345-1895.

About League of Women Voters
The League was an outgrowth of the 19th amendment passed in 1920 giving women the right to vote. With more than 800 state and local Leagues, in all 50 states, Washington, D.C., the Virgin Islands and Hong Kong, the organization has gained prestige by maintaining its nonpartisanship; sponsoring candidates' forums for local, state and national elections; holding registration drives; disseminating nonpartisan information on candidates; and holding public meetings to discuss current issues. League membership is open to both men and women of voting age who support its mission.