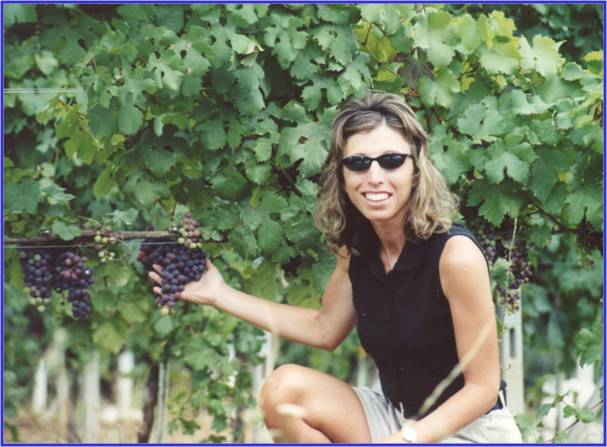 At a party, I was introduced to a fellow wine collector. I inquired as to the kind of wine he (notice the masculine pronoun) cellared. He responded he has a case of the 96 point 'this', the 97 point 'that', the 95 point 'this' and let's not forget the 99 point 'that'. Has he tasted any of these wines? Well, he hasn't yet he replied. So how does he know if he even likes them? Of course he will, they were all rated in the 90s. Enough said. Admittedly, I have fallen prey to the almighty point system. It didn't take me long, though, to conclude that my palate is just as good as any critics. By the way, critics are mostly men despite the scientific fact that through evolution women have developed more taste buds.

I don't dispute that the point system is helpful. However, I recently opened a 1988 Clos Pegase Pegaso Napa Cabernet blend that was rated an 82 by a major wine publisher. Most people wouldn't even touch an 82 point wine. After sitting in my cellar for a good 20 years, it was one of the most amazing, well balanced, delicious, intriguing wines that I ever had the pleasure of drinking. I was happy I didn't heed the advice of that critic. On the other hand, I've tasted many 100 points wines that are nice but are not worth the price especially after receiving a high rating's inflation. I often prefer the 89 point wines that fall under the radar and provide an interesting flavor profile that I am challenged to match with food.

Have you ever taken the time to compare tasting notes? Here are the notes from two well respected critics on a 2000 Bruno Giacosa Barolo that is now selling for well over $100:

Critic #1: "Superdecadent and rich, with layers of plums, blackberries, strawberries and raw meat. Then turns floral. Full-bodied, yet fresh and lively, with a silky and caressing texture. This is not about concentration but about subtlety and complexity. Goes on and on. Best after 2008." Rating: 97 Drink from: 2008

Critic #2: "The 2000 Barolo Falletto is a burly and intense effort with much tar and licorice in its aromas and flavors. Solid and well concentrated, its muscular tannins and burly texture are characteristic of the more concentrated wines of the 2000 vintage. Authoritative and with plenty of grip, it will undoubtedly improve over the next 15 years of useful life it will doubtlessly enjoy."
Rating: 91 Drink from: 2005-2020

Whom do you believe? The critic who rates it a fruity, floral wine at 97 points that's best from 2008 or the critic that finds the wine burly with intense tar and licorice flavors at 91 points and drinkable from 2005. The answer is to align your palate to each individual critic. Note the rating and judge for yourself whether the wine was scored correctly according to your criteria. A critic who loves big bold wines will rate those higher than a French-style wine. So, for example, if you like big bold wines, find a critic who does as well. Once you are educated on each critic's palate, you can then make smarter buying decisions and give each critic your own personal rating.