Interview with a Sommelier 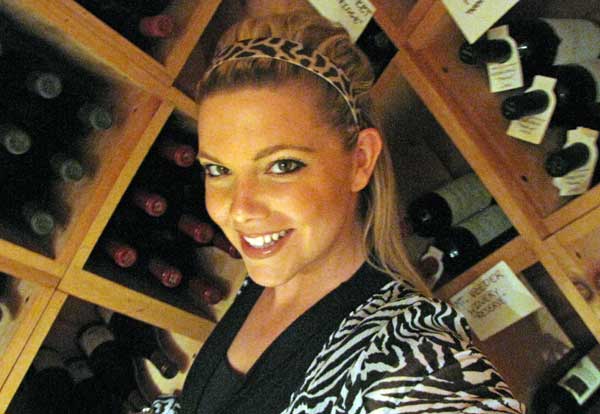 GSW:        Wendy, how long have you worked at the Club and in what capacities?

Wendy:     I came to Park Avenue Club in March of 2002 after having worked on Wall Street and experiencing the hell of 9/11. After being stuck in a city in what felt like the Apocalypse, I made a complete career change… leaving behind a large financial conglomerate and hair pulling commute and embracing Park Avenue Club where anyone would feel more like a part of a family comprised of members, their guests and our employees. I began as the Dining Director then became the Director of Food and Beverage and Sommelier and am now enjoying my current role as Managing Director.

Wendy:     Before truly settling on a career I dabbled in a lot of varied professions…I was a Ford Model, Precision Motorcycle Rider for BMW, Professional Singer, Account Executive in Advertising and Marketing for print as well as TV and a restaurant owner. I grew up in Morris County and attended Newark Academy high school in Livingston. After graduation from high school, I went to Muhlenberg College in Allentown, a small Pennsylvania town, but after a year I was lamenting much like Billy Joel in his song “Allentown”, that there was a world out there begging for my participation and I had no choice but to listen. After my freshman year, I left Muhlenberg, moved to Montreal where I attended McGill University for a stint. After a while, I returned home went to the New School in Manhattan and then finally attended Rutgers. By the time I got to Rutgers, I had come to the realization that I needed to stay put in one place and at a school long enough, to get a degree. I planted my roots back in NJ and graduated from Rutgers with a degree in Mass Media and Journalism and a minor in Psychology. All of this time the hospitality business was my key to paying rent and saving money as I worked as a bartender and manager for many years as an extra source of income and loved the interaction with the patrons but, most importantly, their stories…because we all have a story.

GSW:       Everybody associated with the Park Avenue Club either as an employee or member always seems so enthusiastic and passionate about the club. Why is that?

Wendy:    The club is a wholly unique place where everything that makes the “real world” seemingly cold, untrusting and callous is completely transformed into warmth, kindness, familiarity and caring as soon as you walk through our doors. Our mission, which is The Spirit of Giving, says it all. The sole purpose of Park Avenue Club’s existence is to help support 11 New Jersey Charities through our endeavors. That same Spirit of Giving is what fuels our passion and desire to give back to one another in everything we do and in all the interactions we have here at the club.

GSW:        Is it unusual for a woman to be the Sommelier at such an exceptional facility?

Wendy:     Most private clubs in particular Country Clubs, do not always have the an in-house sommelier specializing in the wine and beverage needs of their members because they are focused on their main draw…golf. For foodies and wine enthusiasts, Park Avenue Club is great because as a City Club, our focus is highly tuned to the world of wine, food and service as it is our specialty. Female sommeliers are becoming far more prevalent in the business but statistically there are still more male Master Sommeliers in the US than there are women…74 men to 12 women respectively. Women’s rise to Sommelier status within the restaurant sector grows exponentially stronger than their presence within private clubs…think of it like Wall Street circa 1985.

Wendy:     I became deeply involved in wine when I worked for a major financial organization on Wall Street. After a few rounds of golf with clients I realized that I best find a skill set that better suited me and so I pursued the world of wine. I figured, if I couldn’t rub elbows on the links then I was certainly sure that I was going to rub elbows at the dinner table. My first foray into wine education began with Kevin Zraley Windows of the World Wine School in Manhattan. It was actually there that I tasted a wine that changed the world as I knew it… forever. A 1995 Ridge Zinfandel, it was as an “A HA” moment as strong as any, that awoke my palate from a deep slumber and transported me into a momentary fantasy land where all of my dreams would come true. It was a defining moment for me in the truest sense and from there, I never looked back…