Know Who You Are Dealing With 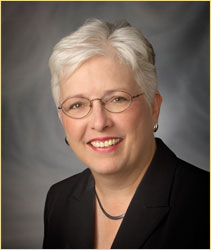 Given the breach of trust of many so-called investment managers, financial planners, stock brokers, financial advisors, or whatever name they are calling themselves today, it is no wonder why people are so fearful of handing over their life’s savings to anyone.

But is it just the recent overall devastation to people’s portfolios that makes them more suspicious about their advisors? Did this broadside salvo to their investment portfolio cause them to question their statements in an effort to lay the blame at someone’s feet? Or did the loss of value in the portfolios cause the schemes so easily perpetrated in an up market to unravel in a much more visible and precipitous way?

Whether it was an internal rush for answers between the advisor and the client or the external mounting pressure to keep up the games that forced the bad apples to start to smell, the knowledge of who you are dealing should be a high priority.

In August, a very friendly chap, the kind you would want to invite to your child’s graduation and your daughter’s wedding, one you would trust with your mother’s money, was not only barred from the industry but indicted by the US Attorney’s office in South Carolina. Seems he was taking money from widows and Alzheimer’s patients and having a really good time on their money. He paid for his son’s wedding and many other amenities from the money he gathered from unsuspecting clients who trusted him implicitly. He pulled off this scam for over twenty years. He was tripped up by the daughter of a woman who wondered why her mother never got any statements showing performance of the funds in the annuity. The fool offered her a bogus $10,000 certificate if she would not go to the authorities. Dumb move #1! Then he offered her a letter he told her came from his compliance department stating that he was reprimanded for his intransigence. Except he made up the letter. Dumb move #2! She called his bluff and went to the authorities who lowered the boom.

Needless to say, he got the book thrown at him.

Get Your Kids Excited For College
Creating An Advisory Board