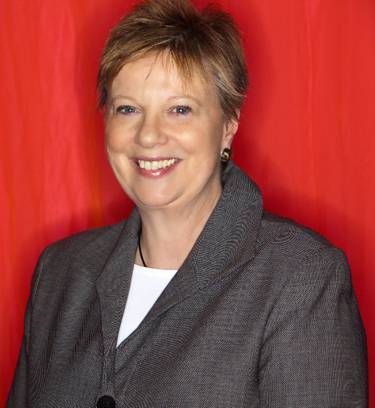 Mary Sue Sweeney Price, Director of the Newark (NJ) Museum received the Mid-Atlantic Association of Museum's (MAAM) highest honor at its Annual Meeting on Tuesday, October 26, in a ceremony at the African American Museum of Philadelphia.

The award is named for Katherine Coffey (1900-1972), one of the past outstanding museum leaders and administrators in the nation and herself a former Director of the Newark Museum. A 1922 graduate of Barnard College, Miss Coffey joined the Newark institution in 1923 and was named the museum's fourth director in 1949. She retired in 1968 after 43 years of service.

Price has served the Newark Museum since 1975 and was named its sixth Director in 1993. During her 35-year tenure, she has distinguished herself and the museum in myriad responsibilities including exhibition and educational programming functions, strategic planning and coordinating an, award-winning facility renovation that contributed to re-establishing Newark as a key destination city along the cultural corridor from Washington to Boston.

Price is a Commissioner for Accreditation of the American Association of Museums (AAM), and former president of the Association of Art Museum Directors (AAMD), representing the leading art museums in North America. She also served as the first national president of ArtTable, the organization of women leaders in the visual arts and has served as a longtime trustee and previous vice president of NJ ArtPride, as well as a trustee of the Newark Arts Council and a member of the lay advisory board of Newark's St. Vincent Academy.

Born in 1951, Mary Sue grew up in Pittsburgh, the daughter of parents who instilled in her a love of art and global culture. She graduated from Allegheny College where she majored in English and minored in art history and biology. She is married to Dr. Clement Alexander Price, distinguished Board of Governors Professor at Rutgers University, Newark, Director of the Rutgers Institute on Ethnicity, Culture and the Modern Experience, and a leading voice for the City. The couple, residents of Newark, has been honored for their contributions and dedication to the City.

The Newark Museum is located at 49 Washington Street in the Downtown/Arts District of Newark, New Jersey, just 3 blocks from NJPAC and 10 miles west of New York City. The Museum is open all year round: Wednesdays through Fridays, from Noon - 5:00 p.m.; Saturdays and Sundays, from 10:00 a.m. – 5:00 p.m., October 1 – June 30; and Saturdays and Sundays, from Noon – 5:00 p.m., July 1 – September 30. Suggested Museum admission: Adults, $10.00; Children, Seniors and Students with valid I.D., $6.00. Members are admitted free. The Museum Café is open for lunches Wednesday through Sunday. Convenient parking is available for a fee. The Newark Museum campus is wheelchair accessible. For general information, call 973-596-6550 or visit our web site, http://www.NewarkMuseum.org.

The Newark Museum, a not-for-profit museum of art, science and education, receives operating support from the City of Newark; the State of New Jersey; the New Jersey State Council on the Arts/Department of State, a partner agency of the National Endowment for the Arts; the New Jersey Cultural Trust; and corporate, foundation and individual donors. Funds for acquisitions and activities other than operations are provided by members and other contributors.