Newark Museum and Congregation Beth El Co-Present Rodger Kamenetz, Author of The Jew in the Lotus

The Jew in the Lotus, the best-selling book about the first recorded major dialogue between experts in Judaism and Buddhism, is the subject of a lecture by the book's author Rodger Kamenetz at the Newark Museum on Thursday, June 2, at 7pm. The lecture is co-sponsored by Congregation Beth El, South Orange.

Kamenetz was invited to document a historic trip made in 1990 by a group of Judaic scholars and teachers to Dharamsala, India, the home in exile for the XIVth Dalai Lama of Tibet and the center for his sect of Buddhism. The scholars and the author were invited by His Holiness who expressed interest in learning about the Jewish people's "twenty centuries of exile and dispersion" and the factors which held them together as a people. The Dalai Lama was seeking to determine whether Tibetans might find a path to their survival as a people and religion from the history of the Jews in exile. 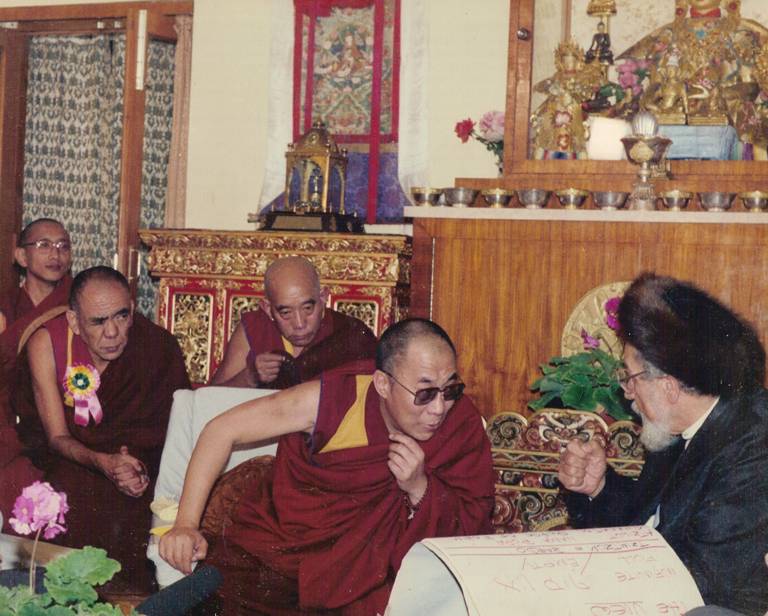 The trip was a life-changing experience for everyone involved. At the Newark Museum/Congregation Beth El lecture, Kamenetz will share the intense personal journey that awakened profound insight into his own Jewish identity and lead him to a deeper understanding of suffering and the role of spirituality as a universal theme in both Buddhism and Judaism.

Reviewers raved about Kamenetz' chronicle of the spiritual adventure calling it "a revered text" to be read by "anyone who feels the narrowness of a wholly secular life or who wonders about the fate of esoteric spiritual traditions in a world that seems bent on destroying or vulgarizing them."

Kamenetz' narrative about this extraordinary moment in history became an international best seller and a sequel, "Stalking Elijah," won him the National Jewish Book Award for Jewish Thought. First published in 1994 by Harper San Francisco, The Jew in the Lotus is now in its 35th reprint. It was also made into a PBS film which first aired in 1999.

This lecture is presented by the Newark Museum as part of its Tibet Collection Centennial commemoration. The Museum is the steward of one of the most distinguished Tibetan art collections in the world.