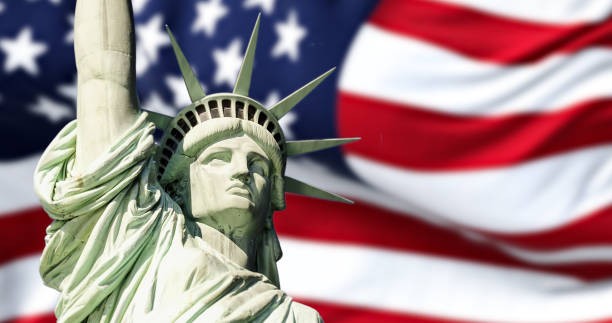 The Statue of Liberty, the universal symbol of liberty and freedom, has stood in New York City Harbor since 1868 as a beacon for anyone seeking refuge from oppression. A gift to America from France.

Lady Liberty needs no explanation. She represents the resolve of immigrants who created this new land of opportunity to live free from persecution and dogmatic rule. In the subsequent creation of the Constitution, the framers documented the idealism of the young nation.

A line from the wording on the statue has become synonymous with the idealism that forged within the breasts of the newly emancipated Americans…send me your tired, your poor, your huddled masses yearning to breathe free.The idea of liberty and justice for all is as American as mom and apple pie.

Unfortunately, it has not been a level playing field – liberty and justice – have been defined and misused by some.Self-ordained leaders have taken it upon themselves to impose their ideas, i.e. the Christian Nation represents less than 1/3 of the population in the United States. The idea that abortion is murder came from a Southern Baptist preacher, not the Bible, and was created as a power play. Based on fear, the desire for power and control have motivated much of the abuse of liberty and justice. Imposing personal ambition over liberty and justice is far from a new idea. Using skin color as a metric for opportunity is clearly unfair. Everyone's heart and brain are the same color even if their skin is not.Liberty and justice are the foundations of our culture. As a nation we believe that no one is above the law. We need to be more selective of our leaders and only give power to those who believe in liberty and justice for all. Make sure you VOTE. Your future depends on it.