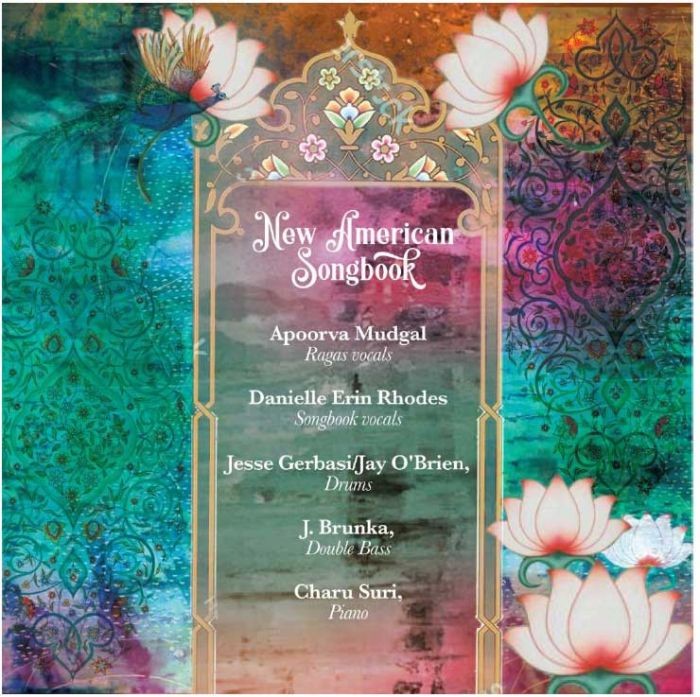 Born in Madurai, India, Suri began learning the piano at the age of five and won an international piano competition at the age of 15. After emigrating to the United States to attend Princeton University, she composed several pieces in her teenage years for orchestra and chamber orchestra, but never recorded her music commercially until recently.

“I really wanted to create a fresh sound using the jazz trio,” says Suri on how she got inspired to composes the songs. “I was excited by the possibilities of combining jazz with Sufi and Indian sounds.” For this album, Suri collaborated with the Agra-born singer
Apoorva Mudgal, who extensively performs ghazals and Sufi music. “The journey of ‘The Book of Ragas’ was one of discovery,” says Mudgal, who chose the text and improvised sargams based on the musical framework.

The program at Carnegie Hall will also include “The New American Songbook,” a series of original pieces that are a homage to the style of Irving Berlin, Cole Porter, Bill Evans and others. “I wanted to show –in one program—two completely styles of jazz, and the
idiom’s amazing possibilities,” she says. The lyrics to these tunes are sung by Danielle Erin Rhodes.

The album artwork was created by Upasana Asrani, an abstract artist based in Chennai, India. Her works are a reflection of an amazing journey of self-discovery, and vibrant colors are woven with various textures to convey the many facets of her experiences.

Suri’s first album, Lollipops for Breakfast, was scored for a traditional jazz trio and won a Global Music Award. She and her band have toured several cities including Miami, Denver and soon, Chicago. Her plans in 2020 include performances in India.

“The Book of Ragas” Songs and Descriptions

Raga 1: Based on the Bhimpalasi scale, this piece combines a soft rock beat with the afternoon raga, with the voice introduced in the middle section. The poetry is “Naina De Akhay” --a Sufi kalaam (a devotional song) by the legendary Punjabi Sufi poet Hazrat Shah Hussain, which describes the feelings of silent remorse, where a lover repents falling head over heels for an uncaring beloved, who has now abandoned them. The core verse, “Ni saiyon asaan naina dey aakhey lagey” (My friends, I fell for what my eyes saw), is repeated.

Raag Kalyani: Considered the “Queen of Indian ragas,” Kalyani inspired a piece that was written in response to the quiet beauty of the countryside, with the sounds meant to evoke a deep sense of calm and peace. The poetry is ‘Ae Ri Aali,” a traditional bandish or composition whose lyricist is not known, and it embodies the yearning for the beloved in this surreal peace-inducing raga.

Raag Hemant: The composition, inspired by a folk melody, is deliberately simple while the tintal beats in the background.