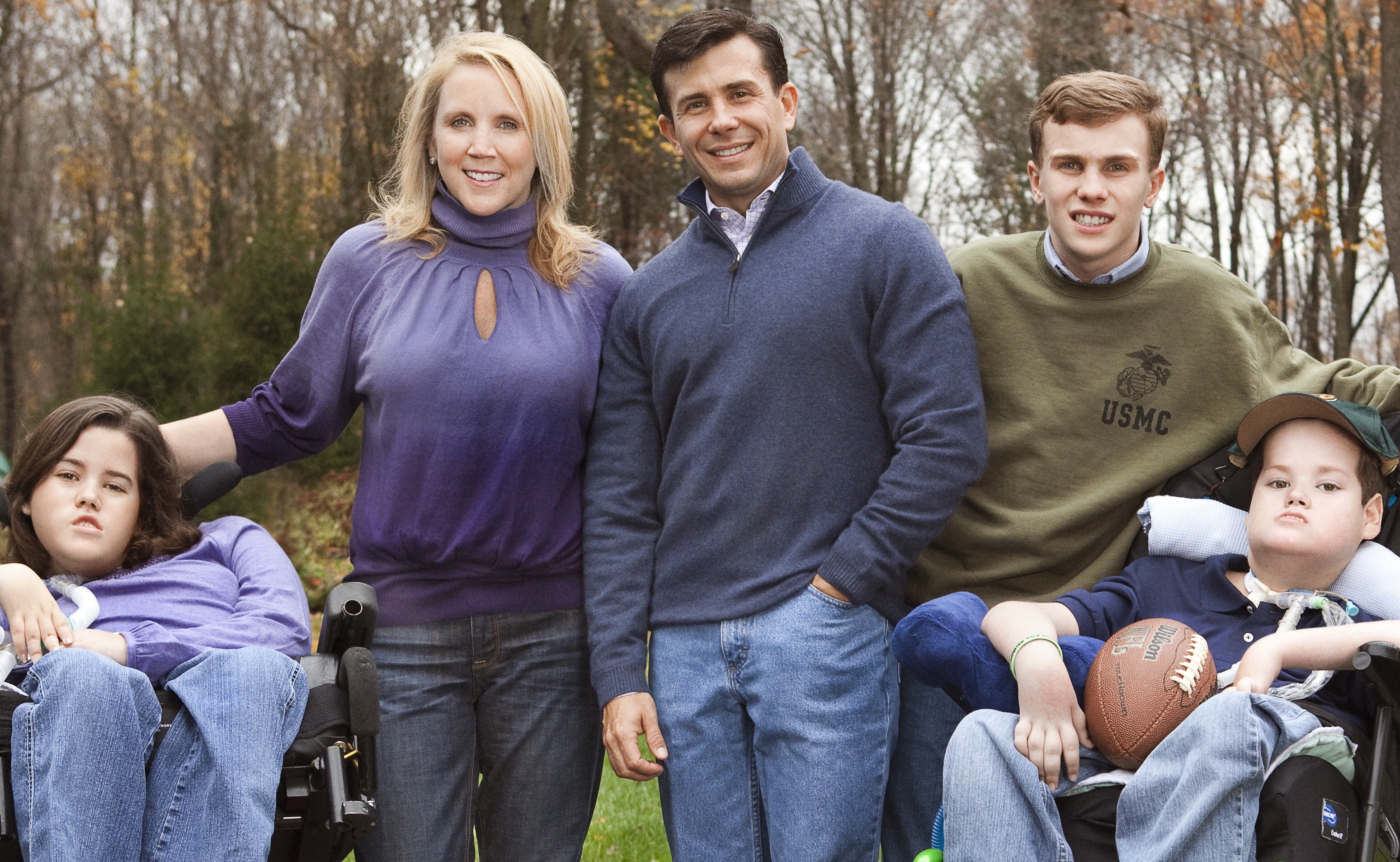 Aileen Crowley, A :          Could you deal with adversity like this? When Megan Crowley was 9 months old, Aileen Crowley and her husband John noticed their daughter didn’t seem to be developing as quickly as had their oldest son. Her muscles did not seem to be working correctly.

The Crowleys were told the disease would kill their daughter before she turned 2. The same day, they learned that their then 7-day-old son, Patrick, had a 25 percent chance of also having it. Turns out he did. The couple’s oldest son, John Jr., nearly two years older than Megan and now in 8th grade, is fine.

Pompe is a genetic disease. Both Aileen and John carry it, but neither had a family history of the disease. At the time the Crowley children were diagnosed, there was no treatment, either to lessen the impact of the disease or extend a patient’s life.

Reacting like any parents would, John and Aileen used every resource and every waking minute to battle the disease.

Now, because of their efforts to push science to save their kids, there is a life-saving treatment for Pompe disease. And their journey has inspired a movie — “Extraordinary Measures,” starring Harrison Ford, Brendan Fraser and Keri Russell — which opened Jan. 22.

The movie was inspired by John’s decision to walk away from a secure job to found a biotechnology company dedicated to developing a treatment for Pompe disease. Later, he sold the company to a larger one that brought a treatment to patients — including Megan and Patrick.

Aileen’s job, meanwhile, was to focus on the kids — taking caring of them while, at the same time, keeping their lives as normal and upbeat as possible.

Along the way, Aileen had to deal with the loss of privacy that resulted from a houseful of nurses, health insurance issues and the stress that came with knowing her children had a fatal illness. She seldom reached out to other parents whose children had Pompe disease because she “just didn’t want to know what to expect in the future.”

Today, that future is here, and it looks bright.