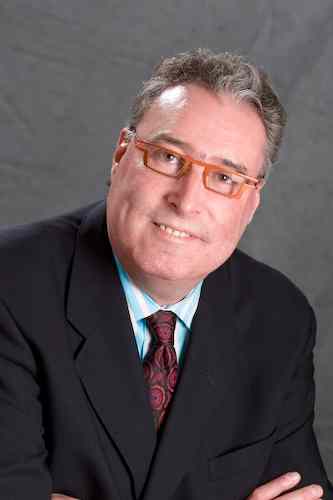 7 Things That Can... and Do...Go Wrong In Nursing Homes

Photos of nursing homes show happy people getting exceptional care. Unfortunately, there's another side to that picture... one that's best described by Murphy's law. It tells us that "everything that can go wrong will go wrong," and this too often describes the challenges that await trusting residents of nursing homes and their families. Here's a short list of what My Elder Advocate considers to be the top 7 things that can go wrong... and do go wrong... in a nursing home. The consequences to your loved one... and to your family... resulting from any one of these can be devastating, destructive, and disastrous, to say the least.

#1 – Bed Sores. Decubitus ulcers or bedsores are a major killer in nursing homes. Elders who suffer from poor nutrition and Diabetes are especially susceptible. Even a short stay in bed can cause an elder with thin skin to develop stage IV Decubitus Ulcers. These ulcers can grow from a small spot to a major case in a very short period, if a resident is not turned every two hours. In many cases bedsores start in a hospital and follow a patient to a nursing home where they can become exacerbated if not cared for properly. Bedsores are extremely painful. They sap the life out of even the strongest elder. In fact, they pack a double whammy because elders are often prescribed painkillers that cause them to live in a drugged state.

If a resident is in a poor quality facility with poor infection control and the ulcers become infected, death usually isn't far behind. That leads directly into to #2.

#2 – Poor Infection Control. One of the most important aspects of a nursing home is its proper infection control policies and procedures. It goes without saying that inadequate, poor, or bad infection control can lead to frequent hospitalizations, MRSA infections, and death.

#3 – Chemical Restraints and Management. Poor nursing homes use psychotropic drugs to manage or chemically restrain their hard to manage residents. Alzheimer's and Dementia residents are especially at risk of being overmedicated with psychotropic drugs such as Haldol, Risperdal, Adavan, and Seroquel. The prolonged effects of these drugs are harmful and may lead to death. These drugs are also used to chemically restrain other residents, and are prescribed by physicians who have little experience in the effects of these drugs.

#4 – Inadequate Physician Services. Most of the physicians who see residents in nursing homes aren't Geriatric specialists. They are usually local general practitioners who work at nearby hospitals or have offices locally. They usually don't spend much time seeing residents and when they do, they see them very quickly – sometimes at six in the morning or eleven o'clock at night. They communicate mostly with the nursing staff, and in most instances will prescribe drugs based on what the nurse suggests – not based the patient's chart or a visit. If they don't want to deal with an issue, they will just ship them to the hospital. These trips to the hospital can be very dangerous. Nursing home physician do not like to communicate with families, which often results in the family not having input into the care of their loved ones.

#5 – Poor Nutrition and Hydration. Many residents in Nursing Homes suffer from poor nutrition, hydration, and weight loss. This can manifest itself in several ways. Some residents require food preparation (cutting into smaller bites) and feeding. This can be very time consuming and a burden to staff , especially if the nursing home is understaffed. Other residents have to be encouraged to eat. In poor nursing homes, some residents just don't eat. Their trays are just removed. Proper hydration is also a big problem, because residents have to be encouraged to drink plenty of water. In other facilities the food is inedible.

#6 – Nursing Home Evictions. There are many reasons why a nursing home might want to evict a resident. There are only five specific and clearly defined instances in which a resident of a nursing home (or Assisted Living Facility) may be evicted. It is clearly illegal to remove a resident for any other reason, yet hundreds of residents are evicted every day from facilities.

#7 – Accidents. Falls are the most common form of accident. Falls can be caused by faulty equipment, neglect, and outright abuse. Of course some accidents are just that. In many cases these accidents are not reported or investigated. Poor handling of frail elderly often leads to broken bones. Often residents who have accidents are sent to the hospital... and not reported to authorities.

Even the best of the best nursing homes can breed problems such as these. It's important always to be alert to early warning signs and take immediate action. If you are not sure what to do or how to communicate with the nursing home staff, contact Jack Halpern at My Elder Advocate.

More posts from author
Tuesday, 01 November 2022 The Twilight Zone and Life-Long Learning. Interview with Linda Hetcher.
Tuesday, 25 October 2022 Send me your......
Thursday, 06 October 2022 Words are Power. God and the Pledge of Allegiance