Training with the US Navy Seal Team 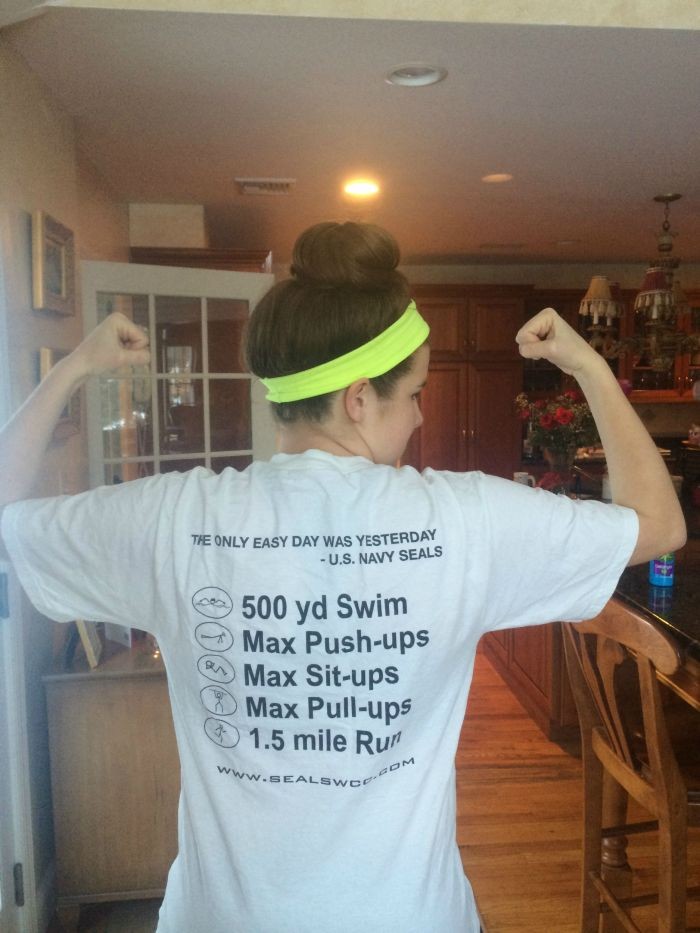 I have always loved to run! When I was younger, I played recreational and travel soccer. Whatever I may have lacked in size or skill, I made up for it with heart and SPEED. I would usually outrun most players on the field.

In seventh grade, I met a young track coach, John Downey, who had recently served in the Marines and was starting his coaching career as a high school cross-country and track coach. Coach Downey encouraged me to participate in his training programs geared for young athletes who had an interest in running.

Coach Downey is the head cross- country and track coach at Immaculate Heart Academy in Bergen County. He taught me the science of running and with his help he began to transform me from someone who liked to run into a RUNNER. Coach saw potential in me and encouraged me to continue to train mentally and physically to be the best I could be on the track and in the classroom. Coach has been a great role model and mentor.

I decided to attend IHA for high school and signed up for cross- country. Downey (Coach calls everyone by their last name so the team returns the favor) taught us to believe that we are WARRIORS and that cross-country running is 90% mental and 10% physical. He is always looking for unique training methods.

Last spring Downey called a team meeting and announced that he had a special surprise and challenge; the IHA cross-country team would be training in the summer of 2014 with the US Navy SEAL Team in Norfolk, Virginia. If successful in completing the rigorous course, IHA would be the first girls' high school team to complete the four day program in Norfolk, Virginia.

As the date of our trip approached, I was excited by the prospect of another "training camp." I focused on what I would do and the fun I would have with teammates. I thought more about my personal goals and a lot about the sacrifices and dedication of those in the military. I was in for a big surprise. My four days with SEAL Team 2 changed my perspective, for I truly learned what it meant to be a warrior in the complete sense of the word. Before camp, words like "duty", "honor", "loyalty", "sacrifice", and "teamwork", were esoteric concepts. I had a vague but detached connection to these values. My four days of training and lectures with the SEALS were transformative. We ran further and farther and trained longer than I thought possible. I climbed rope ladders; I struggled through the infamous grinder obstacle course (complete with SEAL trainers yelling at me at me to get lower in the sand or risk being shot); and I swam in the cold surf. We experienced what SEAL recruits experience during training. The SEAL trainers did not ease up because we were female or in high school. I had the bruises and aches and pains to prove it. I also spent four days covered in wet sand! In a very small way, I experienced the BUDS training that every prospective SEAL must endure. SEALs are truly special.

I helped my teammates and they helped me overcome the physical and mental challenges posed by the trainers. We were pushed beyond the limits we thought possible. When exhausted and ready to give up, we were pushed even farther. It was a transformative experience. At the end of the four-day camp, I was a better person, athlete, teammate, and American. Whatever challenges await me in life, I know what I am capable of mentally and physical. I am confident I will be ready.

There is an Oasis Right in the Middle of Paterson
2nd Annual Business & Leadership Summit another Ma...