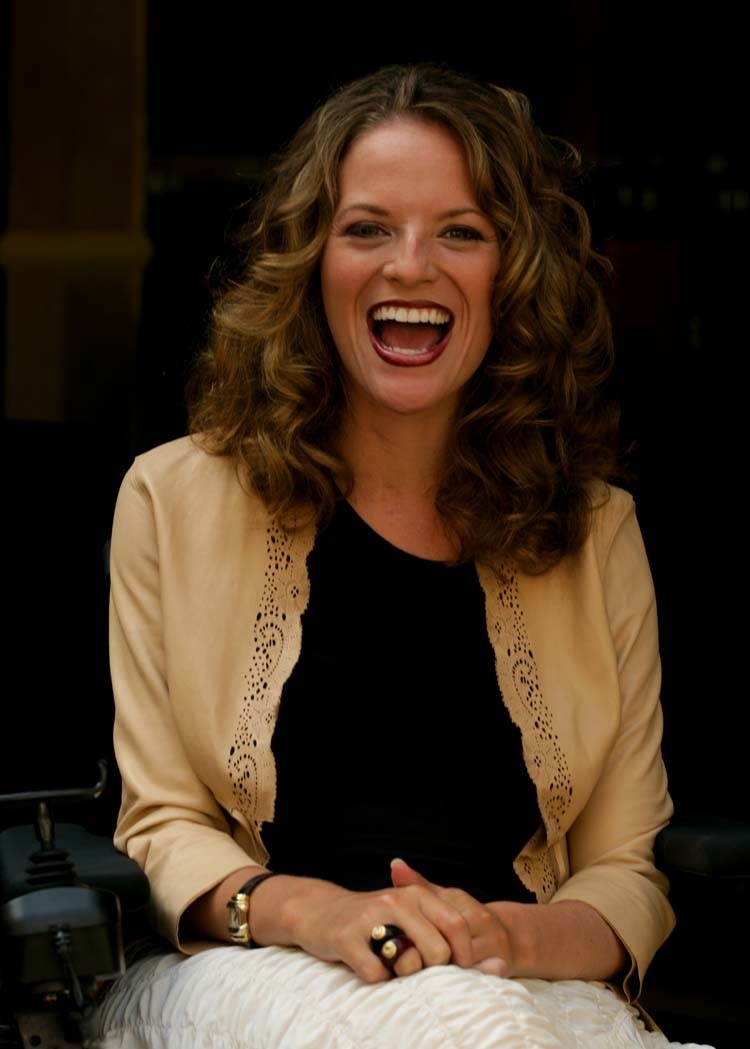 Imagine you are a beautiful, talented young woman in your early twenties. You have travelled the world, been a champion college lacrosse player, a dancer with the New Jersey Ballet and your modeling career has just started to take off. You love all kinds of sports and are an accomplished equestrian.

Suddenly your world is changed by a freak accident.

This is the story of a New Jersey woman who has gone from a vibrant, energetic, active lifestyle to one confined to a wheel chair from severe spinal column injuries. Her vitality and intelligence make her an inspiring role model. Learning to cope with the challenges of life in a wheel chair has neither dimmed nor diminished her beauty and sparkle as well as her drive and ambition.

Ashley Lauren Fisher was born and raised in Montville, New Jersey. At age five she began studying the arts. During her ten plus years with the New Jersey Ballet, she danced, studied jazz and classical ballet and participated in many theatrical performances including The Nutcracker. Also a student of Julliard Master Assuntina Giorgio, she excelled at classical piano.

As a performer, Ashley has been in both Carnegie Recital and Steinway Hall. After the NYC fashion industry spotted her and she was soon modeling for major fashion houses. Aspiring toward acting, she began dancing for MTV, was in several music videos and began auditioning regularly. Athletics also became a central part of her life, lettering as a four year Varsity Lacrosse player and all state center in New Jersey. Ashley also excelled at extreme sports such as skateboarding, rollerblading, water sports and snowboarding.

As a true athlete she gave back to her community by coaching, officiating and developing several girls youth lacrosse programs.

At twenty-three, Ashley suffered a spinal cord injury as the result of a diving accident. Not one to give up, she refocused and reinvented her restaurant, Pazzo Pazzo in Morristown, NJ to four-star status and received recognition as one of the top restaurants in New Jersey.

As a philanthropist, Ashley has donated her time and money to several national foundations. She has been active in the Christopher and Dana Reeve Foundation and co-founded the Discovery Through Design project. Discovery Through Design is a non-profit organization dedicated to honoring women's lifestyles, creating awareness and raising funds for disabled women's health initiatives and spinal cord injury research. Ashley Lauren is one of the founding members of this organization. Discovery Though Design continues to break stereotypes of women dealing with disabilities.

Future plans for Ashley include writing a book, writing a play as an off Broadway production, opening another restaurant and spending time with her constant companions: her eleven year old English Bulldog and new Bulldog puppy.