Who Is Shaping Our Children's Minds? 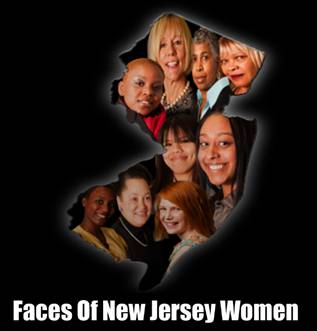 
SCHOOL IS BACK IN SESSION. Do we know who is shaping our children's minds? New Jersey's cultural kaleidoscope is transforming classroom dynamics across the state. Will this year's crop of teachers convey information in ways that help will New Jersey students compete with the educations many of their classmates received in Port of Spain, Hong Kong, Sao Paulo, or New Delhi? How will they fare? With what communications tools and networking strategies are teachers equipping students to excel in New Jersey workplaces where mangers and division-chiefs who hail from around the world will weigh in on the course of their career progression? How will they connect? Who is transitioning youth into the academic and corporate realities of a culturally transformed New Jersey as we cross the threshold into the second decade of the millennium?

Smita Saraswat, Bara Levitt, Gainwaite (Geeta) Mangal and "Rafiya," exemplary, motivated young women and New Jersey educators, inform and expand students' sensibilities and their range of cross-cultural experiences by quantum leaps as they step into their New Jersey classrooms. These women arrived in their Plainfield, Newark, North Plainfield, and Gloucester, New Jersey classrooms by way of Dubai, UAE, New Delhi, India, South Orange, NJ, West Bank Berbice, Guyana, and Kinshasha, Congo (Democratic Republic). In addition to their mastery of the subjects they teach, they are citizens of the world who represent the brightest and most dedicated minds in New Jersey's Indian, Jewish, Indo-Guyanese, and Congolese Diaspora communities.

New Jersey classrooms now reflect successive waves of newcomer-students from countries such as India, China, Russia, Poland, Nigeria, Liberia, Mexico, the Dominican Republic and Haiti. Yet not long ago (2005) a study of NJ teachers and administrators in public and private schools* revealed that while teachers had, "a rhetorical understanding of important aspects of [their students' diverse] cultures," many didn't grasp the "how-to" of translating that knowledge into practice. Teacher-respondents could for example, identify communication and parent/teacher conferences as key to students' success, but wrestled with what strategies to use in basic intercultural exchanges with their students' parents. Teachers cannot convey what they themselves cannot fathom.

There are however, dazzling "points of light" sprinkled throughout NJ school systems; educators who are harbingers of healthy transformation. Smita Saraswat's classroom at East Side High School in Newark is evidence of how accelerated demographic change in New Jersey in the years since the 2005 study, has dramatically shifted NJ classroom dynamics to the advantage of students, the educational system, and the state. Ms. Saraswat, born in India, educated in Dubai, New Delhi, and Bloomington, Indiana teaches TV-video production to Portuguese, Brazilian, Mexican, Ecuadorian, African American and Cape Verdean students in Newark's East Ward known as the Ironbound.

In addition to gaining the technical expertise needed to express themselves through television production, Smita's students thrive in her openness to the totality of who they are. Ms. Saraswat's perspective stems from having spent one third of her life in a Hindu-dominated society (India), one third in the Islamic world (Dubai, UAE) and most recently, anchoring her family in the suburban hub, Secaucus. When students who represent a vast spectrum of cultural reference points enter Smita's classroom, they immediately sense that, far from erecting barriers, cultural difference can fuel a level of curiosity that builds a strong, eclectic community. Unconditional acceptance is a powerful catalyst for learning.

Native New Jerseyan Bara Levitt of South Orange is also among the ranks of Newark school teachers, newly on board at Adelaide L. Sanford Charter School in the Lincoln Park section of the city. A challenge that Bara relishes as Teach for America fourth-grade instructor is cultural acclimation in a school founded by African American, --Women in Support of the Million Man March (WISSOM), -- that utilizes an Afrocentric school curriculum model.

A graduate of The Jewish Theological Seminary in Manhattan, Bara experiences first hand, during the daily Harambee drumming sessions that call the school day to order, how pivotal cultural identity formation is for young children. She sites seminal experiences in Jewish summer youth programs as foundational to her moorings in a solid understanding of her cultural heritage; her sense of self. She connects the achievement gap and tracking system in which her African American classmates at the New Jersey high school she attended were embroiled, to their truncated education about their own cultural legacy. Bara is consequently thrilled to learn, even as she imparts African history to her students at Adelaide L. Sanford, as the framework for a rigorous education.

Gainwaite (Geeta) Mangal and singer/educator, "Rafiya" from Guyana and Congo (Dem.Rep.) respectively, transmit the virtue of cultural groundedness to New Jersey students through the universal language of the arts. Geeta, a Plainfield charter school teacher is also the founder of Creative Arts, an educational enrichment program that introduces North Plainfield children and families to Indian dance and cultural traditions. Rafiya, who teaches Spanish and French to Gloucester high school students, also just released her first album and tours the world on school vacations as a celebrated multilingual vocalist.

An Indo-Guyanese member of the Indian Diaspora, Geeta personifies the balance of cultural preservation in Diaspora and deliberately bridges to others to generate the understanding that will facilitate everyone's transition to the newest multicultural manifestation of the state of New Jersey. North Plainfield parents who heretofore had no exposure to Indian culture cannot praise Creative Arts enough for the expanded worldview and especially the FUN their children have learning traditional Indian dance and customs.

Likewise, for most of her Gloucester students, Rafiya is one of the few women of color and the first African woman with whom most of her students have ever had the opportunity to truly connect. Her French and Spanish lessons are students' portal to the world since, as a daughter of a diplomat father and sociologist mother, Rafia lived in, absorbed, and was educated in five countries. Above and beyond the academic instruction, the totality of who she is and what she has experienced organically cultivates openness to difference in her students.

Smita, Bara, Geeta, Rafiya and women like them form the multicultural braintrust of a new, evolving New Jersey. These educators are superbly prepared and positioned to facilitate New Jersey students' adaptation to the emergent landscape of the 21st century: decade-two, in one of the most cosmopolitan states in the country.

When Planning Won't Cut It
Mommy Gets Schooled