Dawn Cooper Barnes and her husband, Nathaniel, are committed to making a difference in Liberia, their homeland. Both now live in DC with Dawn serving as the head of the Liberia Renaissance Foundation and Nathaniel as Liberia’s Ambassador. Both expect to move back to Liberia eventually. Some of their six kids may move with them and some may stay behind and carve out their futures in the U.S.

One difficult challenge for the Barnes’ is whether to bring their autistic high school age son with them, despite the limited health care and educational systems in Liberia. There are no services available for the son. The thought of leaving him behind in the U.S. where the healthcare and educational opportunities are better but where the family support system will not be the same is a dilemma.

In a recent discussion with Dawn she described conditions in Liberia as very stark; i.e. 80 percent unemployment and a young mostly illiterate population. English is the dominant language in Liberia along with 16 different tribal languages. Solving the literacy problem is a major challenge for the country of 3.4 million people. One million were displaced during the civil war era and another 200,000 killed. Many of the young men and women, now in their later teens, were warriors during the years when the country was torn apart by civil war. The majority have had no schooling. The education and healthcare systems are broken. Massive attention needs to be paid to both.

Dawn’s role in heading her Foundation is to raise awareness in the U.S. about Liberia and hopefully to attract philanthropy and investment capital to the country. She helps get the message out by networking and organizing and hosting various events that give her a platform to talk about Liberia’s challenges. Currently there is a movie being circulated in the U.S. that describes the role of the women’s movement that started in around 2002-2003 in Liberia. The movie, “Pray the Devil Back to Hell” was produced by Abigail Disney who has developed a strong interest in the country.

Liberia needs skill development and capacity building. Many of the women in the country are developing cottage industry businesses. They need guidance and help developing their businesses and getting their products to the global market.

Liberia is rich in natural resources including diamonds, gold and oil. None of these can be fully capitalized on until the people are educated and the infrastructure such as transportation, education and healthcare developed and implemented.

Dawn appreciates that there is no limit to the good will toward Liberia in the U.S. Liberia is the only African country that traces its roots back to the U.S.

“Settlement of freed slaves from the US in what is today Liberia began in 1822; by 1847, the settlers were able to establish a republic. William Tubman, president from 1944-71, did much to promote foreign investment and to bridge the economic, social, and political gaps between the descendents of the original settlers and the inhabitants of the interior. His successor, William Tolbert had an aggressive business-like approach to solving problems from 1971-79. However, Liberians of indigenous decent continued to feel excluded from power. In 1980, a military coup led by Samuel Doe ushered in a decade of authoritarian rule. In December 1989, Charles Taylor launched a rebellion against Doe's regime that led to a prolonged civil war in which Doe himself was killed. A period of relative peace in 1997 allowed for elections that brought Taylor to power, but major fighting resumed in 2000. An August 2003 peace agreement ended the war and prompted the resignation of former president Charles Taylor, who faces war crimes charges in The Hague related to his involvement in Sierra Leone's civil war. After two years of rule by a transitional government, democratic elections in late 2005 brought President Ellen Johnson Sirleaf to power. The UN Mission in Liberia (UNMIL) maintains a strong presence throughout the country, but the security situation is still fragile and the process of rebuilding the social and economic structure of this war-torn country will take many years. (Reprinted from www.CIA.gov).”

During the civil war followed by the corrupt leadership of President Charles Taylor families were torn apart and scattered. As a result Liberia has a large population of abandoned and orphaned kids who were left to fend for themselves.

A recommended book on Liberia and one written by a cousin of Dawn’s is The House at Sugar Beach: In Search of a Lost Childhood.

People in Liberia die from preventable and neglected diseases such as Malaria and Dysentery. Infant mortality rates are high. Surprisingly HIV Aids is not as prevalent in Liberia as in other African countries.

Christianity is the historical background of the country and still the dominant religion with Muslims now accounting for 15-20 percent of the population.

Dawn was born in Tennessee where her dad was in Med school. The family moved then to New York up until Dawn was three when the family returned to Liberia. As a teenager she was sent to a boarding school in Switzerland that was followed up with a college education back in the U.S. When civil war broke out in the late 80s Dawn’s family fled the country and re-settled in the U.S.

With a lifetime commitment to the arts, Dawn received her Ph.D. in Cinema from the University of Maryland, her B.A. in Dance/Theatre from the University of Michigan, and an M.A. in Theatre from Hunter College. Her life-long interest in theatre, dance and art expression began in Monrovia as a student at the Kathleen Kemp School of Dance, and the National Cultural Center, Kenema, Liberia.

Dawn was formerly an Associate Professor of Arts and Humanities as well as Director of Dance at Howard Community College. Dawn is the past president of the Maryland Council for Dance, and 1997 recipient of the Howie Award (Howard County Arts Council's Artist of the Year). In 1996 she completed a one year sabbatical in Abidjan, Cote d'Ivoire, where she studied traditional African culture; lectured at several major institutions; taught dance; choreographed; and performed and discovered another aspect to her love of performing arts: storytelling.

Dawn founded and served as Artistic Director for all five years of the Aurora Dance Company which earned her the Arts and Humanities' Faculty Member of the Year Award.

Dawn maintains that it is now safe for visitors going to Liberia. There are still no direct flights so getting there from the U.S. requires a stop over in Brussels, London or Ghana. One way the airfare currently is about $1800.

Garden State Woman is planning on inviting Dr. Barnes to join us at one of our evening networking events in early 2010. Let us know if you would like to be included if we can arrange the visit.

Congratulations to Kim Guadagno on her election as the first Lieutenant Governor of the State of . We know problem solving  will be a challenge and we wish her the best as she and newly elected Governor Chris Christie tackle reigning in government spending and corruption  -  as well as unemployment.  What advice do you have for the newly elected team? Email me your thoughts: This email address is being protected from spambots. You need JavaScript enabled to view it.

If you happen to think that despite a real failure of leadership, New Jersey is an okay place to live, work and educate your children then it behooves you to get out and vote. In our gut we know that all the campaign jargon will be just that after the election. Just as the Sopranos and Desperate Housewives have joined the tag line for New Jersey, Which Exit?, most of our elected officials leave much to be desired as role models. However, for better or worse, what you see is what you get.

One interesting element of this gubernatorial race is the election of a Lieutenant Governor. This is a new position and it will be interesting to see how it evolves. This position was created  to provide someone to be in charge if the governor is unable to perform the duties of the office. No other responsibilities have been assigned and it will be up to the governor to create the job description.
Since this is a three way race, it will be interesting to see how the vote unfolds. If we believe the hype, one candidate feels the need to bask in the shadow of national politicians and their massive spending, another candidate appears to offer us the opportunity to return to the good ole days of the previous Republican president; and the third candidate offers the choice of a governor not attached to either the Democratic or Republican party machine. The candidates for the Lt. Governor position have been selected by the candidate for governor of their party. Jon Corzine has selected Loretta Weinberg; Chris Christie has selected Kim Guadagno and Chris Daggett has selected Dr. Frank J. Esposito. It is interesting to speculate whether they will have an impact on the voting.
In a state with the highest taxes in the nation, a small business climate that is hardly friendly and gridlock throughout that requires no matter where you want to get to – add at least one hour to sit in traffic - we will vote with optimism the selection of governor.
REMEMBER, you are only entitled to complain if you VOTE!!! 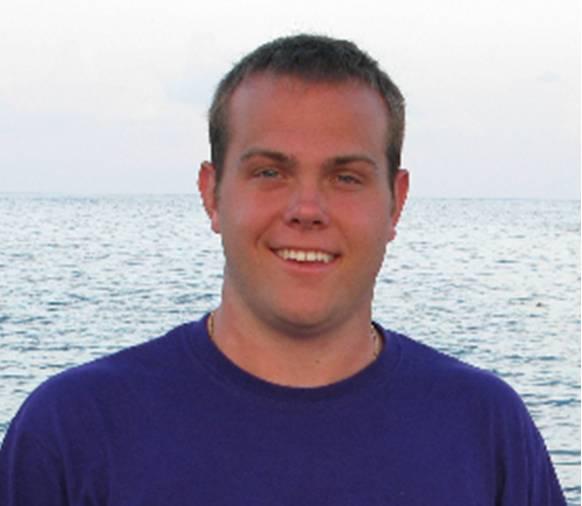 Ever since our son was born, whenever we went anyplace (and I mean any place) we tried to find time to sneak in a campus visit to whatever college or university was near-by. We did this mostly in the U.S. but also a bit in Canada and in Europe. During his grammar and high school years we probably visited 75 to 100 campuses without ever once really going out of our way to make a college visit. And it didn’t really matter to us which schools we were visiting. We wanted him to experience all types from the biggest to the smallest and from the most prestigious ( the Yales, Harvards, MITs, Notre Dames of the world) to the lesser known ones including such fine schools as Appalachian State and Reed College.

In the fall, for several years, my husband and Jonathan would have a “boys” weekend together at a major campus for a football game so Jonathan got to experience that aspect of college life. These trips took him to the University of Michigan, Notre Dame, Penn State, Duke, Texas Tech and others.

In the winters they would find basketball games to go to including at Lehigh, St. Johns and others.

During his younger years we tried to get a week off between Christmas and New Years to get away. This gave us the opportunity to visit universities in London, Paris, Rome and Montreal.

When Jonathan was ready to decide where to apply for college we didn’t have to make any special last minute trips. He knew the part of the country that he liked (the north-east) and the type of college environment and program that appealed to him. He settled on Georgetown, an absolutely great selection for him, because of its DC location, its undergraduate business school degree, its nationally ranked basketball program and its strong alumni group in this part of the country.

Using this approach we never had to deal with the issue of whether or not Jonathan would go to college and we never dealt with the uncertainty of picking the “right” place. On every trip the side excursion to a new college to visit was always a highlight. To share ideas and thinking email: This email address is being protected from spambots. You need JavaScript enabled to view it..